A national recall has been issued for 1.5 million Kidde smoke detector and carbon monoxide alarms in Canada because they may not chirp in the case of an emergency.

The recall applies to two Kidde NightHawk models that are hard-wired into a home’s electricity and were manufactured between June 2004 and March 2011. The affected models are:

“This could lead consumers to believe it is still working, which poses a risk to consumers not being alerted to a fire or carbon monoxide incident in their home,” said the Health Canada recall notice. 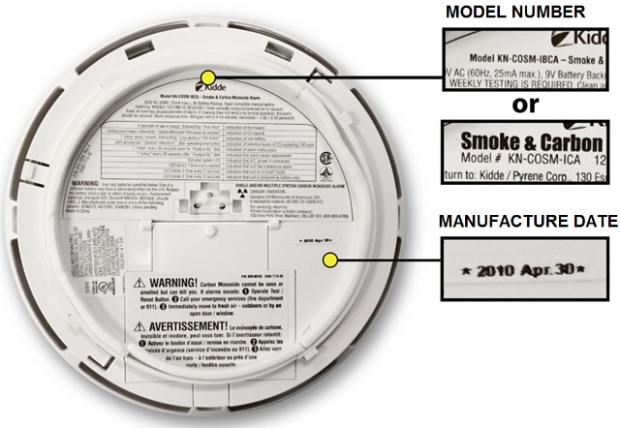 The alarms are white, round and measure about 13 to 15 centimetres in diameter. The word Kidde is both on the front and back of the devices, while the manufacturing date is on the back and can be thought of as being in the three or four o’clock spot of a traditional clock.

People with the recalled alarms should stop using them and can contact Kidde for a free replacement or a discount on a new alarm.

Please fill in the below form to get a quick quote: